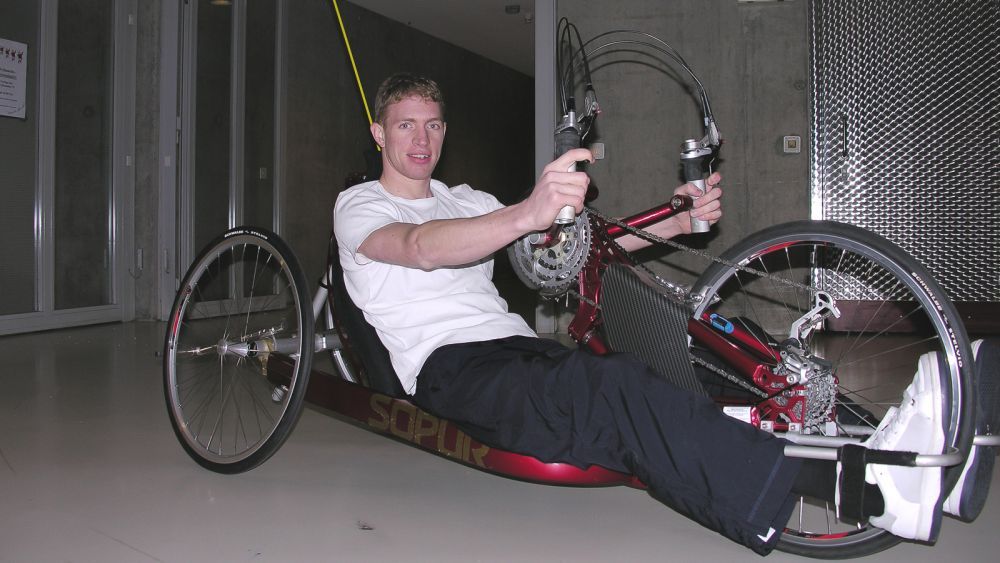 Martin is not only an accident survivor, but also a career-seeker. Martin and his rehabilitation team already took steps toward community reintegration at the beginning of his rehabilitation, and these initial steps centred around returning to work.

As already described in case study 7 a motorcycle accident left Martin with a spinal cord injury (SCI), classified as ASIA A at T7 meaning that he is paralysed with a complete lack of motor and sensory function below the 7th thoracic vertebrae. Originally trained as a home electronics salesman but employed as a mover prior to the accident, Martin needed to begin considering job options and his future as he and his rehabilitation team began planning his return home from the rehabilitation centre.

It was clear from the start that Martin's long-term rehabilitation goals were community reintegration and living independently; this included returning to work. For Martin employment meant more than just financial security. Having a job that he enjoyed was an essential element of both his overall human functioning and reintegration into the community. Stable employment would ultimately contribute not only to his financial security and independence, but also to his self-esteem and overall life satisfaction. For this reason, Martin started participating in a three-phase vocational rehabilitation (VR) program one month post-injury.

The first phase of this VR program promoted trust between Martin and the VR counsellor, strengthened Martin's decision-making skills and helped to clarify his vocational potential. During this phase, Martin successfully completed a typing course and a computer class, doing extremely well in both. While his participation in the computer course reconfirmed his expressed disinterest in finding work that required him to work in front of the computer the whole day, it motivated him to move forward in his exploration of other career paths. One of the first steps he took toward other career paths is his initiative to enrol in an English course. Martin also considered inquiring about employment possibilities at his former employer.

VR started before Martin's first Rehab-Cycle® started; the completion of the first phase of VR coincided with the completion of this first Rehab-Cycle®. VR was one of the interventions that addressed the goal of vocational reintegration, one of three specific or so-called “cycle goals” that were defined during Martin's first Rehab-Cycle®. See the section on goal-setting and determination of intervention targets in case study 7. The other cycle goals that were defined were ‘mobility’ and ‘self-care’. Martin achieved all of the targets he and his rehabilitation team set for these cycle goals.

At the end of rehabilitation I really made some big gains – independence in using the wheelchair, better self-care and being able to position my body...I also hope to get a car and be able to drive. The most important thing for me is to be able to work once I'm discharged.

Martin, reflecting on his progress and his future

After two months of inpatient rehabilitation, Martin had also progressed in physical functioning and gained independence in activities of daily living. Consequently, he was given a discharge date of two months following the completion of his first Rehab-Cycle®. With the confirmation of the discharge date, Martin's worries about his future beyond the rehabilitation centre intensified. Although Martin made great strides in achieving independence, there remained some open issues that he and his rehabilitation team needed to address to ensure that community reintegration is successful.

Insecurity about my future is my biggest problem right now; it also defines my most important goals. When I think about leaving the rehab centre, there is so much that is unclear – my work and my living situation. It really stresses me out.

Martin, two months prior to his discharge

Over the course of his first Rehab-Cycle®, vocational reintegration played an important role. In the two months before his discharge, Martin and his rehabilitation team broadened their attention to other areas of preparation for community reintegration, and a new Rehab-Cycle® started.