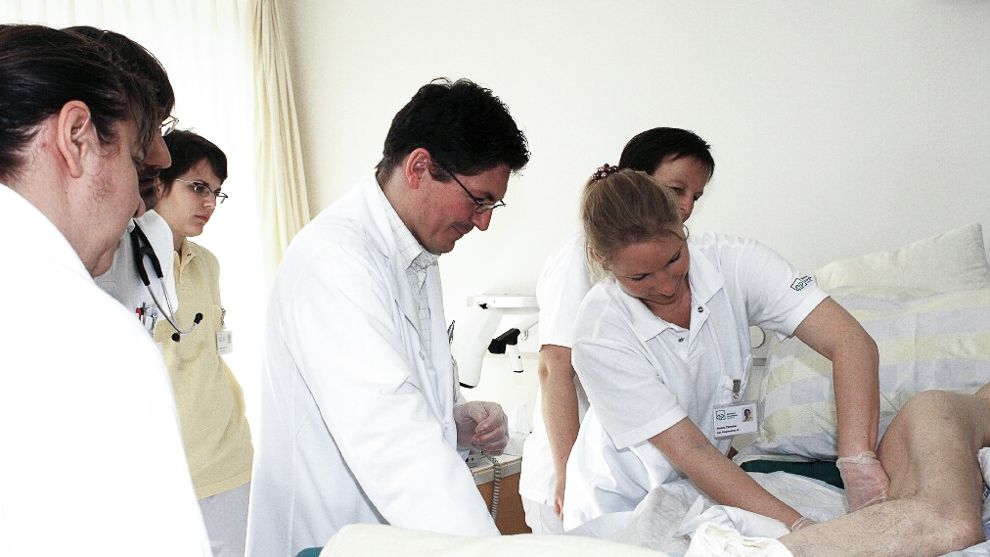 In the assessment phase of the Rehab-Cycle®, Monica’s perspective was considered important and complimentary to the perspective of her rehabilitation team.

Monica's view of her health situation reflected some issues with body functions and structures e.g. she did not feel pain and experienced sensations of touch as “dull”, but focused more heavily on her ability to execute daily activities. For example, Monica experienced limitations imposed by her dependence on others for toileting, caring for her skin, changing body position and dressing. In particular, she feared disturbing her surgical incision in executing these activities. Monica also felt that she was no longer able to drive. Before admission to the rehabilitation centre, she experienced partial limitations in her ability to do housework; she was, however, able to cook for her son everyday.

When considering her ability to participate in the community or “just plain everyday life”, Monica felt a general lack of freedom. Outside of the rehabilitation centre, it was important for her to socialize with friends and pursue her old hobby of fixing antiques and selling them at flea markets. She also enjoyed gardening and watching television. Additionally, from Monica’s perspective there were environmental factors such as accessible accommodation, a supportive son, daily ambulatory care and health insurance, as well as personal factors that impacted her functioning status. Simple things like streets that are paved with cobblestones affected her mobility using a wheelchair. One of her important sources of strength was living in a house with a garden together with her son.

"Outside of the rehabilitation centre, it was important for her to socialize with friends and pursue her old hobby..."

While Monica’s views and experiences focused on activities and participation, the rehabilitation team detailed more body function issues. The rehabilitation team indicated that due to her diagnosis Monica was confronted with difficulties in controlling both her urination and defecation; consequently she required routine catheterization and manual elimination. Monica also had a reduced sense of touch and loss of muscle power below the level of the lesion. The reduced physical activity in the previous weeks weakened Monica's arms resulting in the inability to support any significant weight.

In addition, there were issues surrounding the structure of Monica's skin that were directly related to pressure sores. Although her surgical incision was healing quite nicely, the rehabilitation team thought there were serious shortcomings in many areas of activity. Monica was truly limited in looking after her health, caring for her skin, transferring herself and changing body positions, as well as washing herself and using the toilet – all areas that had potential for improvement.

Not surprisingly, the rehabilitation team realized that Monica also had issues with her body image and how she perceived herself. In addition, many of Monica’s personal factors presented barriers to her rehabilitation. Her addiction to smoking, emotional instability, low acceptance of her disease, limited self-responsibility and low levels of health behaviour all posed a challenge to the rehabilitation team.

Luckily, there were also several environmental factors that served as facilitators of Monica’s rehabilitation. For example, Monica had access to appropriate medication and assistive devices and she had an adjustable air mattress. While these environmental factors are generally considered part of the standard care for persons with SCI, it is still important to note that these supported Monica's rehabilitation.