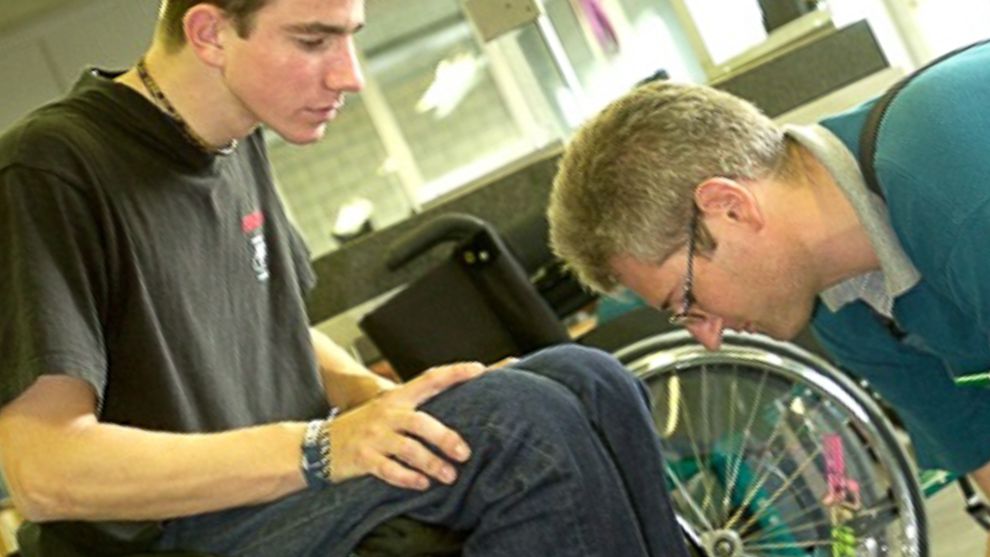 From Michael's perspective i.e. “the patient perspective”, many of his needs were activity-based and logically centred around his wish to become independent again. Michael felt there were numerous activities he would like to work on, such as being able to sit up alone, balancing himself, moving about in a wheelchair or washing and caring for himself.

The Patient and Health Professional Perspectives

While limitations in these areas were normal for his injury level, Michael understood that they undermined his ability to act and live on his own. Clearly, these limitations greatly contrasted to his previous state and athletic physical abilities.These problems were further compounded by his broken arm, a condition that led to a delay in the rehabilitation necessary to increase his independence. His body function problems were within the normal range of expectations for his condition. Notable was Michael’s perspective on his participation in social and community life; it underscored Michael's forward-thinking attitude and drive towards addressing his new limitations. It also served as a source of his available and potential resources. For instance, his desire to attend university, participate in sports and socialize were important underlying motivational factors.

From the perspective of the rehabilitation team, there were a number of elements in each of the groupings seen on table 1 that were considered by the team to be of particular importance for Michael to move forward in the Rehab-Cycle®. Of special relevance were his environmental and personal factors, many of which acted as resources and facilitators for his rehabilitation. It was obvious to the rehabilitation team that Michael possessed quite a number of facilitating factors across different functioning components that could contribute to realistic goal-setting. These included, for instance, his living situation, coping strategies, motivation, athleticism, overall fitness and support of family and friends:

For the final part of the assessment, the results of the clinical tests and examinations were matched with the corresponding values of the International Classification of Functioning, Disability and Health (ICF) qualifiers in order to generate an ICF functioning profile.