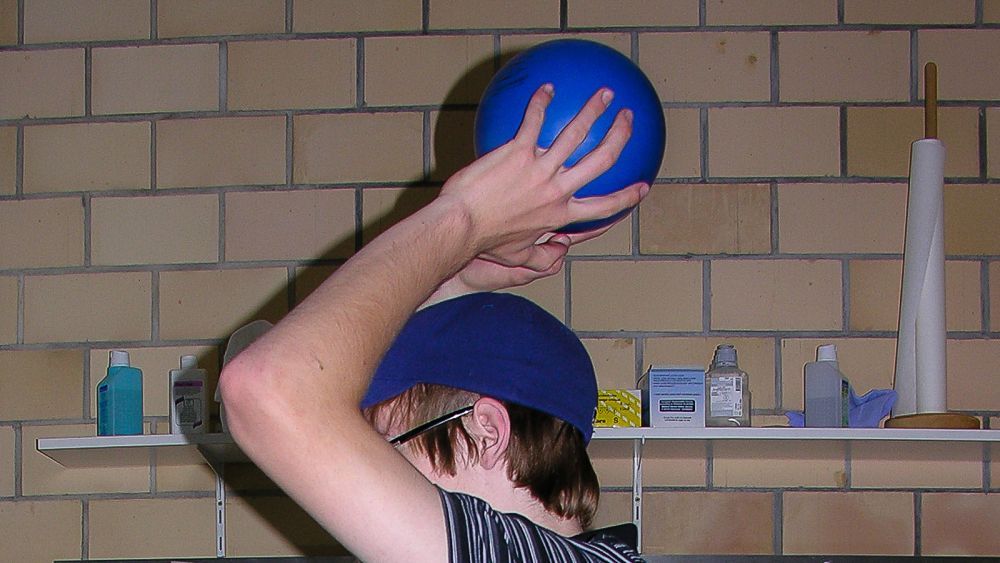 Jason, 17 years old at the time, was on track to complete an apprenticeship as a technician. His life was suddenly interrupted after falling 50 metres into a quarry, suffering multiple injuries, including a spinal cord injury (SCI).

Before the accident, Jason had been living with his parents and a younger brother in a rural hillside home. He had a large circle of friends, and socialised often. When not working, Jason played competitive handball enthusiastically, training four times a week and playing matches each weekend. He also performed quite well.

The accident at the quarry occurred three months prior to the start of this case study. Jason was admitted to a regional trauma centre and initially diagnosed with a torn nerve root at the first vertebrae of the lumbar spine (L1), and various fractures (sacrum, lower right leg, left foot), including a fracture to the lumbar vertebrae that resulted in an incomplete paraplegia with an American Spinal Injury Association (ASIA) Impairment Scale grade C below the level of L1. This meant that Jason had motor functioning at the level of the hip/pelvis and below, with active movement and full range of motion without gravity in more than half of the key muscles. The SCI also resulted in decreased sensitivity in his legs. Furthermore, Jason incurred a pneumothorax, an abnormal collection of air or gas in the space separating the lung from the chest wall.13

After receiving emergency care and surgery to stabilise the spine at a hospital close to the accident site, Jason was transferred to the intensive care unit of a rehabilitation centre specialising in SCI. At the time of admission, Jason suffered from significant post-operative pain, and he required immobilisation to promote healing of the fractures. Consequently, he was prescribed bed-rest.

In the first month following admission to the rehabilitation centre, Jason received rehabilitation interventions that consisted of passive movement of the lower extremities and muscle power training using weights for the upper extremities. Subsequently, he was gradually allowed to sit in a chair for short periods of time. The duration of sitting in the chair was limited due to pain in his legs and back as well as circulation problems. Nevertheless, Jason’s neurological recovery showed improvement throughout the course of this initial phase of rehabilitation.

One month following the injury, Jason underwent a second surgery to further stabilise his spine. Following the surgery he was not allowed to bend nor turn his body beyond a certain degree in order for the stabilising spine implants to heal. Consequently, Jason was again prescribed bed-rest.

"...waiting for improvement for Jason was associated with impairment and being dependent."

Two months after the second injury Jason began with standing training in load-relief shoes i.e. orthopaedic shoes that reduce weight bearing pressure on parts of the foot to promotes faster healing after surgery, trauma or in the presence of a wound on the foot. However, he grew impatient with the restrictions to his movements, and craved to test his limits with “real exercises”. The slow pace of these initial interventions was difficult for Jason to accept, especially since waiting for improvement for Jason was associated with impairment and being dependent. It wasn’t until about ten weeks post-injury that Jason was able to sit in a wheelchair, initially for 45 minutes with gradually increasing duration day after day.

Increasingly, gains in Jason's functioning began to show in assessment results. For example, Jason's Spinal Cord Independence Measure (SCIM)14 score increased from 40 (out of 100) at the start of rehabilitation to 65 two months later. The increased score reflected Jason's improvement in self-care (specifically dressing the upper half of the body), mobility (specifically in bed and pressure sore prevention), respiration, and sphincter bowel management (specifically for controlling defecation).

Despite the improvements made in these areas, Jason often complained of fatigue during physical exercise. The therapist questioned whether Jason's report of fatigue was due to reduced exercise tolerance or rather to a lack of motivation to perform physical exercise. Besides the possible lack of motivation, there may have been other drivers of the fatigue and the other problems Jason was experiencing, such as his emotional functioning. He showed signs of emotional instability and phases of depressive mood. To counter the development of depression Jason was prescribed an anti-depressant.

"Besides the possible lack of motivation, there may have been other drivers of the...problems Jason was experiencing..."

Three months post-injury, Jason and his rehabilitation team initiated a Rehab-Cycle® that focused on increasing Jason's exercise tolerance, improving the full range of movement and load-bearing of Jason's lower extremities, and learning to walk again. The Rehab-Cycle® is a rehabilitation management approach that encompasses an assessment phase, assignment phase, intervention phase, and evaluation phase. For each of these phases, a documentation tool based on the International Classification of Functioning, Disability and Heath (ICF) has been developed.1516