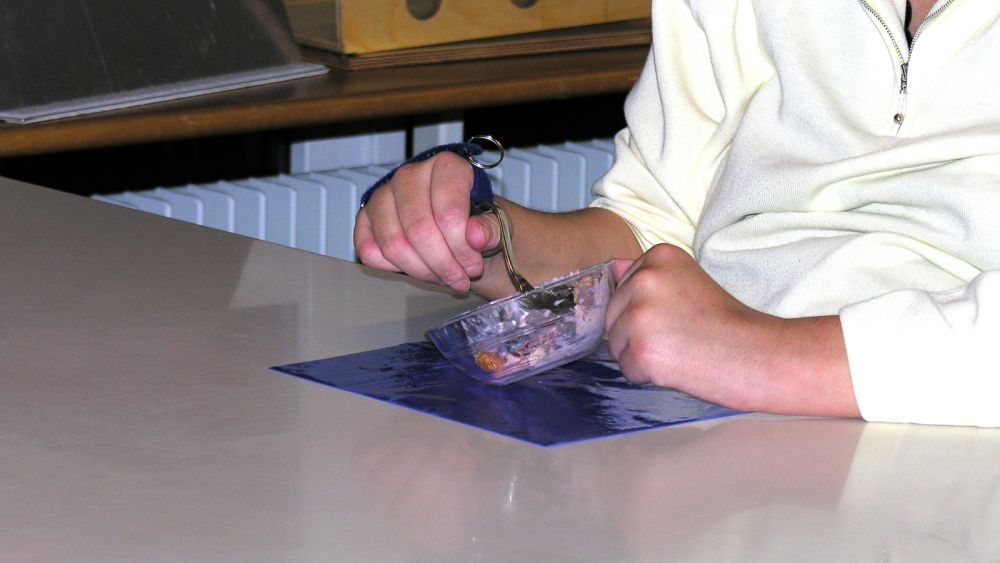 Ingrid had been living an independent and successful life when a mountain bike tour changed her life completely.

At 37 Ingrid enjoyed a career in business, was involved in a relationship, and had maintained an active social life. She also belonged to a dancing group, was a member of the local volunteer fire department, and engaged in sports activities, including mountain biking. She was a beginner, mountain biking along the trails outside the city where she lived.

During one of her first mountain biking tours alone, Ingrid was involved in a severe accident. The accident resulted in a serious joint dislocation fracture at her 6th and 7th cervical vertebrae and stable fracture of her 2nd and 3rd vertebrae, commonly known as a “Hangman’s fracture” since it was a fracture of the neck due to extreme force. Upon arrival at a spinal trauma centre, she immediately underwent two surgeries in order to stabilise her cervical spine. Both procedures were successful, and two days after the last operation she was transferred to a spinal cord injury (SCI) rehabilitation centre. To immobilise the affected area, Ingrid had to wear a neck brace – a stiff neck brace for six weeks followed by another six weeks with a soft neck brace. Ingrid was diagnosed with complete tetraplegia at C5 with an American Spinal Injury Association (ASIA) Impairment Scale Grade A. This meant that she had no motor or sensory functions below the level of the elbow.

During the first two months of the initial period of rehabilitation, Ingrid was confronted with a wide range of SCI-specific impairments, limitations and restrictions. In addition to the SCI-specific problems, Ingrid contracted pneumonia and a persistent dry cough. She also developed severe circulation problems, resulting in difficulties in maintaining her blood pressure. These further limited her daily activities.

As rehabilitation continued, Ingrid experienced head, neck and shoulder pain that reduced her overall mobility and exacerbated her declining health. A pressure sore also developed, forcing her to limit the time spent in the wheelchair. This, in turn, greatly decreased her ability to get around using the wheelchair.

"From the start of her initial rehabilitation, she battled emotional problems, and had difficulties coping with her health and life situation."

The experience of having to deal with these impairments, limitations and restrictions took a heavy emotional toll on Ingrid. From the start of her initial rehabilitation, she battled emotional problems, and had difficulties coping with her health and life situation. At the core of her emotional and coping issues was the perceived stress she experienced as a result of the uncertainties related to her long-term prognosis. The range of problems Ingrid had been experiencing affected the rehabilitation process and complicated her prognosis. At that early point in Ingrid's initial rehabilitation, her rehabilitation team was unable to make an accurate prognosis of her recovery for the first twelve months post-injury.

No one can tell me what I will be able to do and where I will be in twelve months.

Ingrid, two months after the accident