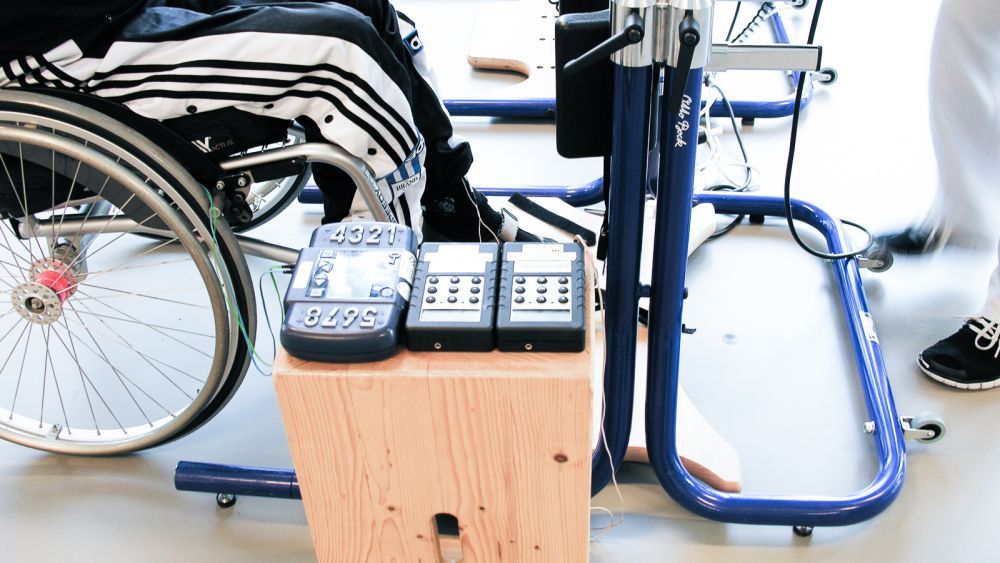 Mr. Meier’s rehabilitation team included his physician, a nurse, physical therapist, occupational therapist and social worker. Each team member was assigned to corresponding intervention targets that had been determined during the assessment phase.

His physician, for instance, was responsible for cardiovascular, elimination and muscle tone functions; medication was the primary intervention provided by the physician. While the nurse supported Mr. Meier in nearly all activities of self-care, the physical therapist provided interventions to improve muscle power functions, mobility of joint functions and to strengthen supportive functions of the arms such as muscle strength training of the upper extremity, specific "prop-up" training and passive movement of the lower extremity joints.

There had been a moderate turn for the better in Mr. Meier's condition, with slight but significant improvements in many of the intervention targets including respiration and circulatory functioning as well as with mobility. However, certain self-care activities did not seem to be improving, and time was running out.

Just before the end of the Rehab-Cycle®, a critical change occurred that threatened the entire process – the rehabilitation team discovered that Mr. Meier's consciousness had altered such that he was no longer oriented to time and place. This was a sudden and wholly unanticipated event with no explanation. The team members were confounded as they helplessly watched Mr. Meier's physical condition deteriorate along with his mental state. Although it was suspected that his state had cardiovascular and/or neurological etiologies, electrocardiographs and CT scans were inconclusive. After seven days, Mr. Meier's dementia-like symptoms subsided. Nevertheless, no clear diagnosis had been made.

"...Mr. Meier's consciousness had altered such that he was no longer oriented to time and place...After seven days, Mr. Meier's dementia-like symptoms subsided."

Mr. Meier showed slow but steady improvements in his mental state. He became more conscious to his surroundings and situation. He began to exercise again and his rehabilitation interventions were carefully resumed at a lower level of intensity than before. At the conclusion of the intervention phase, an evaluation of Mr. Meier's functioning status was conducted to see the improvements in the intervention targets or lack thereof.