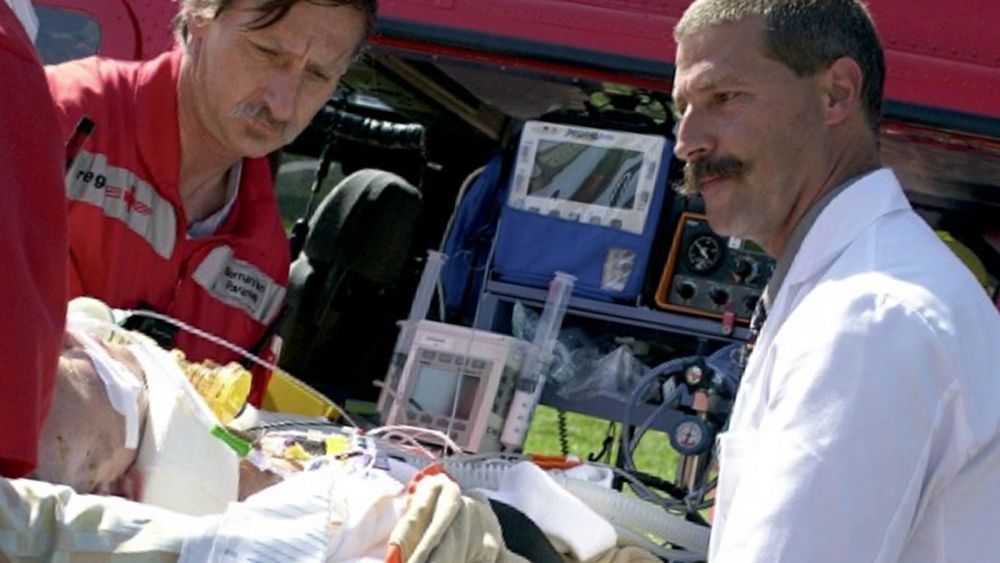 More and more spinal cord injuries (SCI) are occuring in older persons. With the effectiveness of SCI interventions, the increased utilisation of preventative care and specialised treatment centres and people living longer in general, the life expectancy of persons with SCI has increased dramatically over the past decades.

An estimated 7-20% of those living with SCI are 60 years or older, and these rates have been increasing steadily over the past 20 years.12345 Estimates in the United States indicate a five-fold increase in the incidence of SCI in the elderly over the past 30 years.6 Thus, understanding the lived experience of older persons with SCI – specific issues and needs – is very important for optimising care.

Aging is both an unavoidable fact of life and a complex process. Aging is intertwined with a spectrum of medical, social, environmental, physical and psychological processes, as well as other factors such as genetics, adaptation to stress, ethnicity and economic resources. Sorting out what might be considered the “normal” processes of aging and effects related to SCI is therefore very difficult. However, it can be assumed that the interaction between SCI and increasing age has an additive effect on health problems of older persons with SCI.47

"...the interaction between SCI and increasing age has an additive effect on health problems..."

Until recently, no longitudinal studies on SCI and aging had been undertaken. However since the 1990s, studies have explored correlations between complications and comorbidities, SCI and age.178 The group of older persons with SCI can be differentiated in two distinct populations – those whose SCI occured at an older age (over age 60), known as ‘late onset’, and those whose SCI occurred many years ago and is now over 60 years of age, known as ‘early onset’.9

In general, the cause of late onset SCI differs markedly from early onset SCI. Historically, SCI that occurs due to a traumatic event or ‘traumatic SCI’ were more common in younger persons and ‘non-traumatic SCIs’ in older persons. However the incidence of traumatic SCI has been increasing in older persons, primarily reflecting the higher incidence of falls among the elderly. It is important to note that recent studies have shown a general increase in non-traumatic SCI as well.56 One study in Italy of 284 persons with SCI showed that the late onset group tend to have non-traumatic and incomplete SCIs, of which a high proportion resulting from degenerative disease.10

Given aging patterns in the general population, it is expected that the number of those with both early and late onset injuries will continue to increase.11

Older persons with SCI differ from younger persons in fundamental ways. Most notably, older patients have more associated medical problems, and are more likely to develop secondary medical complications related to the SCI itself. This can, in turn, have a major impact on rehabilitation results, and may lead in the worst cases to a cycle of further complications.91011

Studies have demonstrated that older persons with SCI have a greater risk of diabetes, heart disease, obesity and arthritis, poorer outcomes with respect to walking and more difficulties with bladder and bowel independence.11 Additionally, older persons with SCI are more likely to develop complications such as pneumonia, pulmonary emboli, renal stones and gastrointestinal hemorrhage.12 Being aware of such complications are important for the recovery process of persons with SCI. In addition to the nature of injury, a person's general health status also has an impact on the person's functioning outcomes. For example, aspiration pneumonia resulting from the poor state of health of a person with SCI can initiate a cycle of declining health, that can correspondingly lead to a poor prognosis and poor functioning outcome.13

Given the higher rate of complications among older persons with SCI, what outcomes can be anticipated during rehabilitation?

One large study of over 6,000 persons with SCI showed a correlation between age and a decrease in functional independence, overall life satisfaction, and perceived physical health, especially in the areas of physical independence, mobility, occupational functioning and social integration.9 Given these less than positive outcomes, there is a significant chance that older persons with SCI will be transferred to other hospitals rather than home or rehospitalized after some time in the community.10 In addition, a person's age is a particularly strong predictor of whether he is discharged to his own home, a nursing home or another care facility.14

"...a person's age is a particularly strong predictor of whether he is discharged to his own home, a nursing home or another care facility."

As we will see in this case study of Mr. Meier, a 78-year old man with SCI, memory loss and dementia can significantly impede rehabilitation efforts. This case study aims to illustrate how age-related factors impact upon rehabilitation, and the role that comorbidities and age can play in achieving optimal functioning outcomes.