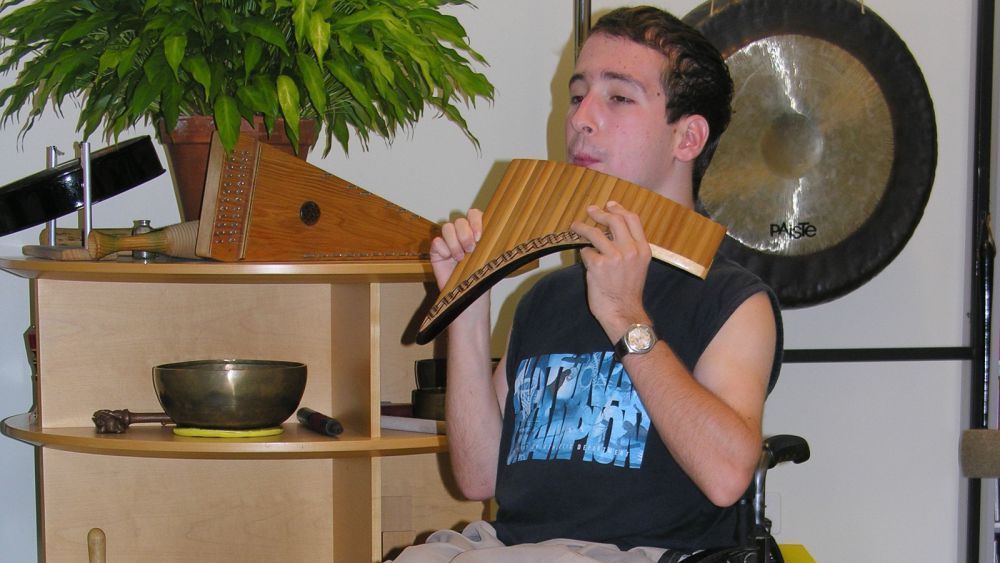 This is the story of Stefan, an adolescent born with spina bifida, a congenital condition affecting the central nervous system, who also incurred a traumatic cervical spinal cord injury (SCI). Stefan's case highlights how the aspect of time impacts his independence in daily activities and lived experience in general.

Stefan, 17 years old at the time of the case study, was born with myelomeningocele spina bifida, the most common and severe form of spina bifida,{cs16-fn17}. When Stefan was 2 years old he developed hydrocephalus, an abnormal build-up of cerebrospinal fluid in the brain causing increased pressure within the skull,{cs16-fn17} and later scoliosis,{cs16-fn18} that led to stiffening of his spine as a result of surgeries to correct the scoliosis.

Stefan spent much of his young life undergoing medical procedures and rehabilitative interventions to treat a number of secondary conditions e.g. dislocation of the bone from the hip joint and pressure ulcers related to his spina bifida. The extensive medical procedures began with surgeries at the age of nine, and rehabilitation interventions followed after a traumatic SCI that he experienced as a result of a skibob accident when he was 15 years old.

Stefan's incomplete SCI at the 6th cervical vertebrae was graded with an American Spinal Injury Association (ASIA) Impairment Scale grade C. This meant that he had motor functioning below the elbow region, albeit with decreased muscle power. Stefan experienced paralysis from the hip region and below, with total paralysis from the knee and below. Furthermore, he was unable to control his bladder and bowel once they were full.

At the time of the case study Stefan was living with his family. He enjoyed solitude, maintaining only a few close friendships, and reported being a passionate reader, a gifted panpipe player, and skilled in working with computers.

Stefan was soon to graduate from a regular school, and after graduating he had intended to take part in a one-year vocational preparatory course.