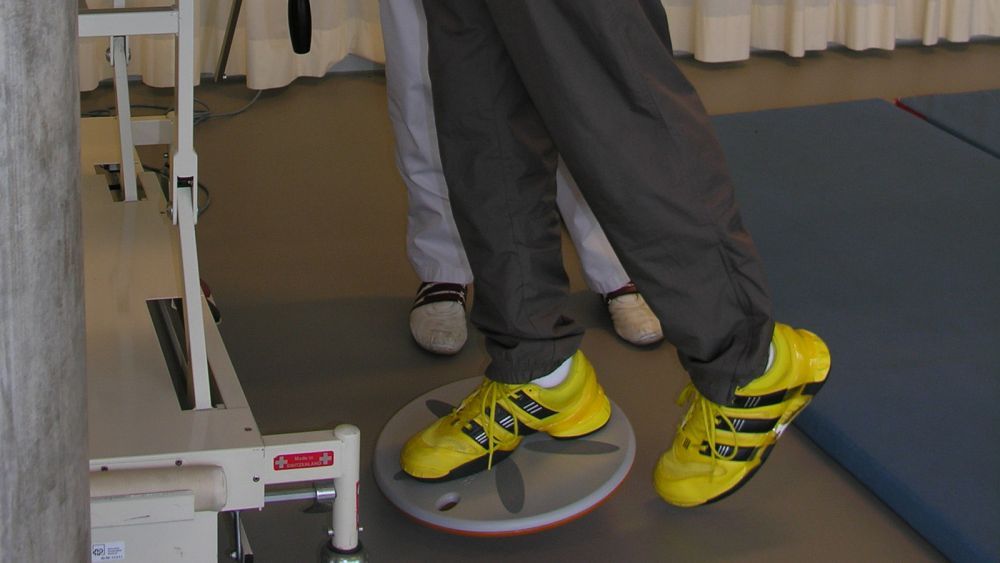 While the broad goals of community integration and independent living are common long-term goals set by persons with spinal cord injury (SCI), the steps toward reaching these goals can differ greatly from person to person.

Consistent with this goal-setting tendency, Simon and his rehabilitation team defined ‘community integration without limits’ as the long-term global goal that they would like to reach at the end of rehabilitation. In discussions with Simon, he identified concrete goals he would like to reach – to run and mountain-bike again, to be able to drive and swim again – some goals perhaps more achievable than others. Considering Simon's personal goals and his consistent improvements up to the start of the Rehab-Cycle®, a service-program goal of resuming leisure activities was established. This service-program goal is the endpoint of this Rehab-Cycle®. Achieving this would be a big step toward reaching his global goal.

Informed by the assessment results and Simon’s expressed goals, two so-called cycle goals were defined that would help him resume optimal performance in leisure activities. The first cycle goal (cycle goal 1) was to achieve independence in mobility, specifically to improve Simon’s locomotion and ability to move around. This corresponded to Simon’s desire to be able to run, drive and ride his bike again. The second cycle goal (cycle goal 2) was to gain independence in carrying, handling and moving objects. This not only supported the efforts toward meeting cycle goal 1, e.g. driving and his service-program goal, e.g. bike-riding, it served as a "stepping stone" toward Simon's ultimate goal of community integration without limits. As one can see, all of the goals are intertwined.

Table 3: ICF Categorical Profile; ICF Qualifier: rate the extent of problems (0 = no problem to 4 = complete problem) in the components of body functions (b), body structures (s), activities and participation (d) and the extent of positive (+) or negative impact of environmental (e) and personal factors (pf); Goal Relation: 1 and 2 refer to Cycle goal 1 and 2; SP refers to Service-Program Goal; G refers to the Global Goal; Goal value refers to the ICF qualifier to achieve after an intervention. This table is an excerpt of the full ICF Categorical Profile, only displaying the ICF categories that correspond to any of the goals set.

With respect to cycle goal 1 the intervention targets selected focused on increasing Simon's mobility (or locomotion) in general (including his ability to move around using assistive devices), driving a car, and based upon his progress and prognosis, improving his walking ability.

The intervention targets in the component of body functions included increasing muscle power in all limbs, improving balance, eliminating impairment in muscle tone functions (spasticity), optimising gait patterns and coordination of voluntary movements. Improvement in Simon's respiratory and exercise tolerance functions was also vital for increasing Simon’s locomotion. In terms of activities and participation, improving Simon's ability to walk long distances and up stairs, along with enabling him to drive with consideration of SCI-related limitations were also identified as intervention targets. Lastly, since the availability and use of assistive devices (crutches and a wheelchair) were seen as facilitative in improving Simon’s ability to walk long distances, the ICF category ‘assistive products and technology for personal indoor and outdoor mobility and transportation’ was also selected as an intervention target. See table 3 for all intervention targets.

In addition to ICF Categorical Profile, all of Simon's intervention targets were also documented on the ICF Intervention Table and monitored in the next phase of the Rehab-Cycle® – the intervention phase.