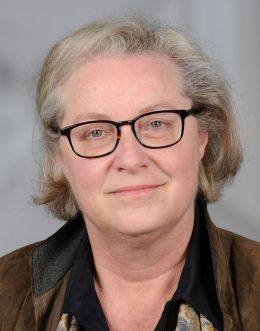 Mirjam Brach has been the Administrative Director of Swiss Paraplegic Research since January 2006. She is also a member of the Board of Trustees of the Swiss Paraplegic Group Pension Fund. Before starting at SPF, Mirjam Brach held several clinical, teaching and management positions in Germany. She is a registered nurse; from 1982 until 1998 she worked in various fields of nursing, during which time she gained clinical experience in cardiology, abdominal surgery and traumatology. After many years as a clinical practitioner, Mirjam Brach focused more on research and management. In 1998 and 1999 she worked as a Research Fellow at the Bavarian Public Health Research Institute at the Department of Physical Medicine and Rehabilitation at Ludwig-Maximilians-University (LMU) in Munich, Germany and from 1999 until 2005 as a Clinic Manager and Research Leader in in rehabilitation economics in the Department of Physical Medicine and Rehabilitation and the former Institute of
Health and Rehabilitation Sciences at LMU.

Mirjam Brach completed a Master in Business Administration and a Master of Public Health, both from LMU in 1994 and 1998 respectively.

Mirjam Brach has served as a lecturer on the topics of health policy, health economics and health administration including in the Medical Faculty of LMU, at the Bavarian Academy for Nursing, in Gauting, Germany, within the Master Program in Physiotherapy Sciences at University Hospital Zurich in Switzerland and within the Master Program in Health Sciences at the University for Health Sciences, Medical Informatics and Technology in Innsbruck, Austria.