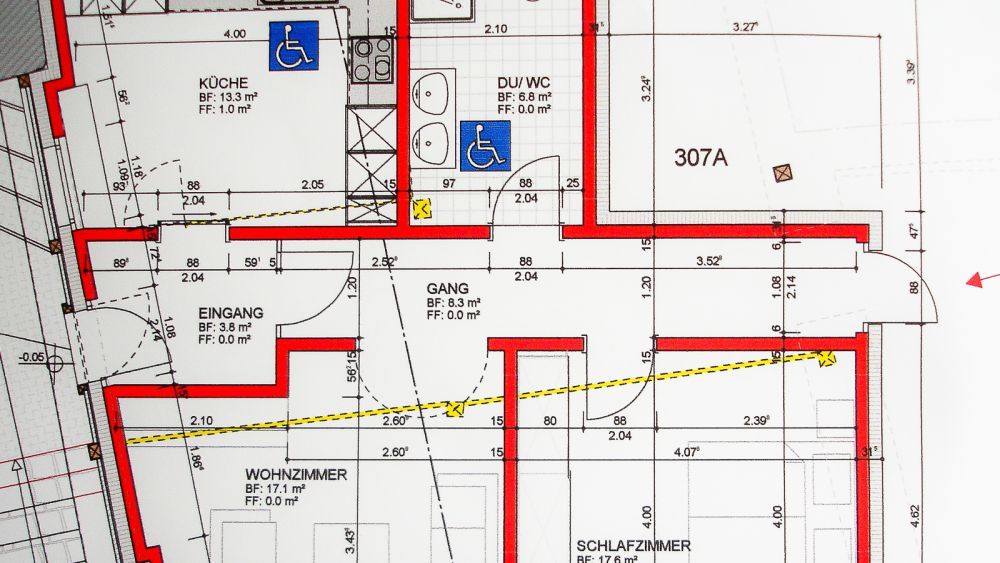 After four months of interventions, Conrad’s functioning was again assessed in order to evaluate whether changes had occurred and whether the goals Conrad and the rehabilitation team had set in the beginning of the Rehab-Cycle® had been achieved.

The results of this re-assessment (or re-evaluation) were documented using the ICF Evaluation Display, a “before and after” visualisation (bar chart) of Conrad's functioning in terms of ICF qualifier ratings given at the beginning and at the end of the Rehab-Cycle®. Note that the comparison of the initial and final ratings only show that there was a change and whether the goals were achieved, but not whether the change or goal achievement was directly due to specific interventions.

Table 4: ICF Evaluation Display; ICF Qualifier: rate of the extent of problems (0=no problem to 4=complete problem) in the components of body functions (b), body structures (s), activities and participation (d) and the extent of positive (+) or negative impact of environmental (e) and personal factors (pf); Goal relation: 1, 2, 3 refer to cycle goal 1, 2, 3; SP refers to the Service-Program Goal; G refers to the Global Goal. Goal value refers to the ICF qualifiers to achieve after an intervention. Goal achievement: + means achieved, - means not achieved.

Although he achieved only one of the three cycle goals, i.e. cycle goal 1 ‘improvement in mobility’, steady gains were made in the intervention targets of the other cycle goals.

In the final assessment of the Rehab-Cycle®, the results showed mixed levels of success in the various intervention targets that corresponded to cycle goal 1 ‘improvement in mobility’.

For example, Conrad continued to experience pain, although to a lesser degree, in his back, upper limb and joints. The rehabilitation team suspected that the residual pain Conrad felt was due to cancelled physical therapy sessions in the last month before the final assessment. Specifically, Conrad was unable to participate in some physical therapy sessions in order to recover from surgery to close the artificial intestinal opening that was surgically formed at the beginning of rehabilitation. Without the physical therapy, Conrad became stiff and the pain reduction efforts stagnated.

Conrad’s situation over the past months has been very difficult for him…the future seems equally challenging – the financial uncertainty, the delayed building permits, the modifications to his home. Conrad has worked long and hard to get his home the way he and his wife want it for his retirement. Moving somewhere else that is more wheelchair accessible just isn’t an option for him at this point. Things are moving forward only very slowly – it isn’t an easy process at all.

Social Worker at the final assessment

In addition, the issue regarding Conrad's wheelchair-inaccessible home was still unresolved. The permits for architectural modifications were still being processed, and since the modification costs were not covered by Conrad's insurance, alternative funding through a foundation was in the process of being acquired. This meant a delay in making Conrad's house wheelchair accessible, and that Conrad had to find a temporary solution for getting around within his home.

I’ve always been the person to help others – now I am the one who needs help...I believe the more motivation you have, the better the healing...so I have to move forward. Once I get home, I’ll just have to see how it goes...

Conrad at the final assessment

Unfortunately, one solution that Conrad found i.e. going up and down the stairs in a seated position using his arms to push himself up the stairs or support his body down the stairs caused increased pain as well as problems in his shoulders and arm.

Despite these unresolved mobility-related problems, the goals set for several intervention targets were achieved:

Conrad is afraid of not being independent, of having to turn to those he’s helped and supported in the past. He really loathes the thought of becoming a burden.

One of the mobility-related intervention targets i.e. d420 Transferring oneself had a positive impact on Conrad's cycle goal 2 ‘improvement in self-care’. Being able to transfer himself from the bed, shower and toilet to and from the wheelchair facilitated his ability to independently wash and toilet. Nevertheless, Conrad was still unable to self-catheterise. Furthermore, Conrad still required some assistance from his wife to get dressed. Although there was some improvement in self-care, the rehabilitation team decided that cycle goal 2 had not yet been achieved.

Like cycle goal 2, there was some progress toward meeting the intervention target goals in Conrad's cycle goal 3 ‘economic self-sufficiency’. However, these gains were insufficient for achieving the cycle goal as a whole. In fact, the majority of the intervention target goals, especially those related to getting coverage for architectural modifications or for financial benefits, were not met at the end of the Rehab-Cycle®; some of the decisions on cost coverage and on financial benefits were still pending. Moreover, despite regular discussions between the social worker, Conrad, and his pre-injury employer about potential solutions for returning to work, such as a part-time administrative role or work-from-home options, they had not come to an agreement at the end of the Rehab-Cycle®.

Conrad has been working at his employer for 30 years...His employer is a bit stuck in finding a solution, but I think they will eventually find a place for him.

At the time of the final assessment, Conrad was receiving 80% of his pre-injury salary from his health insurance. At the end of the Rehab-Cycle® it was still unclear how Conrad would earn his living or whether he would be able to retire early and get his retirement pension.

There were still several issues that Conrad had to deal with regarding community reintegration at the end of the Rehab-Cycle®. Thus, the social worker on the rehabilitation team continued to support him even after discharge from the rehabilitation centre.