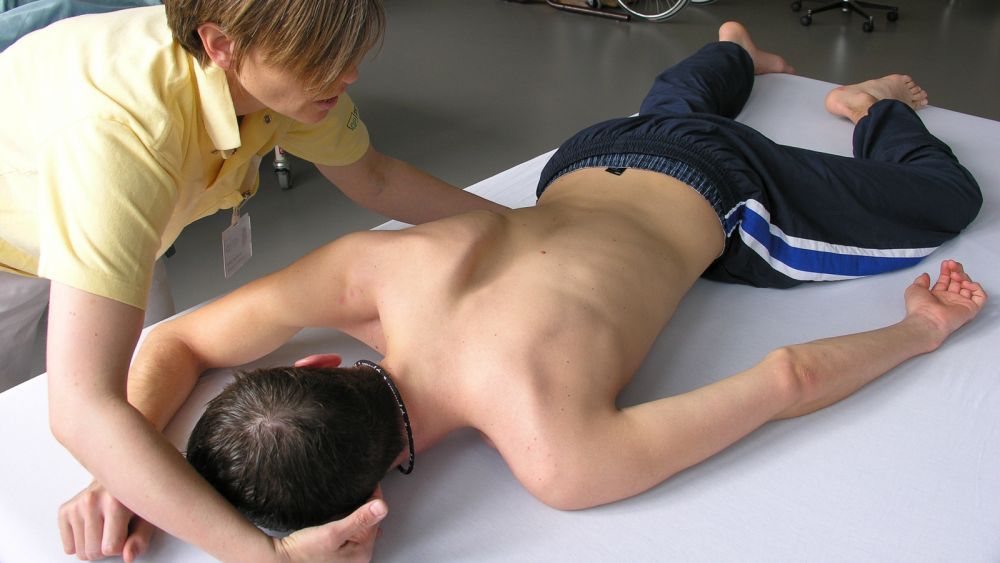 For each intervention target, appropriate interventions were identified and assigned to one or more of Simon’s rehabilitation team members.

The spectrum of interventions that support the recovery of walking ability is wide,16 ranging from pharmacological interventions,24, for example to eliminate spasticity, to interventions that involve physical activity,5910121315 for example to improve gait pattern. As mentioned in the section General Introduction, there is inconclusive evidence about the optimal intervention for recovering a person's walking ability. A systematic review of randomised control trials examining various types of locomotor training15 and pharmacological interventions for spasticity24 have led to inconclusive results. Despite the lack of evidence in support for one specific therapeutic approach, it seems that a combination of various approaches are commonly employed in clinical practice.5910121415

Considering that Simon's medical status had improved considerably and that he had achieved a level of independence in self-care, nursing assistance was predominately required only for managing medications. Given that the cycle goals set focused on mobility/locomotion and hand and arm use, the majority of the interventions in this Rehab-Cycle® were assigned to the physical, sports and occupational therapists, with several overlapping responsibilities.

"Given that the cycle goals set focused on mobility/locomotion and hand and arm use, the majority of the interventions in this Rehab-Cycle® were assigned to the physical, sports and occupational therapists, with several overlapping responsibilities..."

To help further improve Simon's walking ability the rehabilitation team implemented various interventions that addressed different aspects of walking ability. For example, medication was administered to help control the spasticity that constrained Simon's locomotion. To address the biomechanical and physiological aspects of locomotion/walking the rehabilitation team implemented a combination of various intervention approaches:

The Vojta Method, also referred to as “reflex locomotion”, is a therapeutic method of treating physical and neurological disorders. Developed by neurologist Professor Vaclav Vojta reflex locomotion involves applying pressure to defined reflex points on the body while in a lying position (on the stomach, on the back or on the side) to illicit reflex locomotion (or automatic, spontaneous movement responses). An important role is played by optimal joint angles of the extremities and the resistance the therapist employs against a specific body part while the person performs a sequence of movements. The resistance on the body part increases the tension in the corresponding muscles while strengthening the muscular activity in the abdomen, back, arms, and legs.16 25 26 27

Vojta therapy was originally applied to children with cerebral palsy and later extended to adolescents and adults as a rehabilitative intervention.25 26 27

Benefits of Vojta therapy include but not limited to:26 27

While conclusive evidence for the effectiveness of Vojta therapy is lacking,16 25 Simon's rehabilitation team felt that Vojta therapy would successfully address Simon's problems in respiratory and neuromuscular functions.

Simon’s sports therapist also contributed with a number of interventions, including strength and endurance training in the gym, water therapy to train hand and arm use, and table tennis to train Simon's ability to maintain a standing position. In addition, the sports therapist fostered Simon's participation in sports and leisure.

Moreover, the occupational therapist provided Simon with city training aimed at improving his walking ability indoors and outdoors beyond his familiar environment in and around the rehabilitation centre and home.

In addition to the interventions involving physical activity, the occupational therapist assisted Simon with planning for future employment by coordinating with Simon’s former employer, organising driving lessons and facilitating his weekend home-stays.