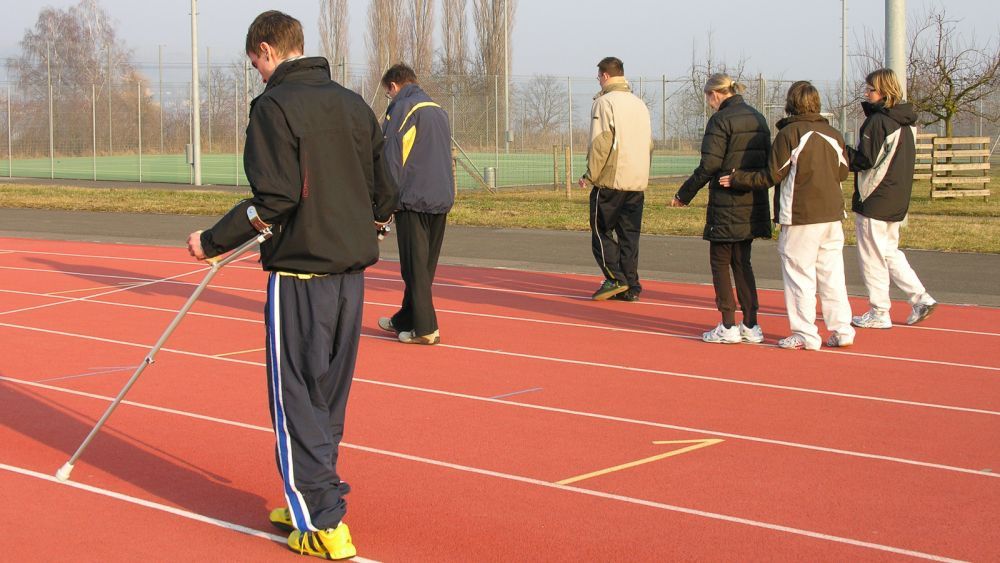 Regaining the ability to walk seems to be a major long-term goal of persons with spinal cord injury (SCI).1 Considering this and findings that persons with an incomplete SCI are likely to regain some level of walking ability,234 exploring ways to facilitate “walking recovery” would be important in rehabilitation management.15

The Complexity of Walking

Regaining some level of walking ability in persons with SCI is a complex process that poses a multitude of challenges. Problems in walking can manifest itself in different ways, including reduced walking speed, longer walking cycles, shorter stride distances and so-called “angular displacements of lower limb joints” i.e. when the position of joints is not in its normal alignment.5

The process of walking itself is also complex, consisting of sub-tasks, such as but not limited to:5

Box 1 | The Biomechanics and Physiology of Normal Walking

Walking on two feet is a complex and practiced activity that is considered both automatic and controlled.7 It comprises a series of movements involving multiple body systems and parts.

Advances in gait analysis have increasingly been able to elaborate some of the complicated processes and concepts involved in walking,8 including

A detailed explanation of these concepts is beyond the scope of this case study.

Identifying normal and abnormal patterns of walking using gait analysis is the first step toward finding ways to address problems in walking.

With regard to biomechanical and physiological issues that should be addressed in rehabilitation, the following have been identified as essential for the recovery of a person's walking ability:7

Associated with the physiology of walking are the control mechanisms initiated in the brain, such as the mental functions related to the integration of various sensory information e.g. visual, vestibular (related to position, balance and movement involving the inner ear and brain) and proprioceptive (related to sensing the relative position of body parts) functions and the cognition functions that are necessary to refine movements and to drive walking behaviour.910

Given the complexity of walking, successful recovery of walking ability in persons with incomplete SCI depends on the consideration of various factors associated with optimal walking, including the biomechanics and physiology of walking, and the selection and integration of appropriate interventions into a comprehensive rehabilitation program.

There are also a number of factors that seem to impact walking behaviour, including spasticity, muscle weakness, lack of motor coordination, and postural problems related to bearing weight, balance and propulsion.5 Thus rehabilitative interventions that are implemented toward regaining walking ability must consider these factors.

Since the recovery of walking in persons with incomplete SCI is complicated by a significant increase in the risk of falls and subsequent fractures and other injuries, interventions aiming to optimise walking ability should also incorporate strategies to reduce the risk of falls. This may include evaluating the person's history of falls and conducting tests that identify the factors associated with falls for the particular person.11

Evidence from clinical research often impacts the types of interventions undertaken. For example, in one study that compared the walking development of babies with that of persons with incomplete SCI, it has been suggested that strengthening the descending input (or the information the brain emits to body parts) could complement traditional approaches toward recovering walking ability.10

There are also some promising findings related to the neurological control of locomotion (or walking). Although inconclusive, it has also been suggested that stimulating the motor centres of the brain and brain stem would activate the so-called "central pattern generator" of the spinal cord that promotes the rhythmic interaction of muscles and movement of limbs involved in walking.910 Moreover, locomotor training that combines Body Weight-Supported Treadmill Training (BWSTT) (bitte BWSTT einen ANKER mit Box 3 in "Simon's Story")with manual assistance and delivery of sensory cues that target specific locomotor actions seem to have a positive impact on locomotor activity.91012 This locomotor training approach also adheres to the following principles:12

In essence, recovery of walking ability of a person with SCI compels the person to learn new strategies of movement that resemble normal locomotor movements as much as possible in order to replace lost functions.13

Despite the potential role of the aforementioned interventions in recovering the walking ability of persons with SCI, there is still inconclusive evidence which approach is most effective.141516

Nevertheless, selecting the appropriate interventions is critical to facilitating the recovery of walking ability and rehabilitation management in general.

Managing the rehabilitation of individual patients is not an exact science. Rehabilitation team members are required to integrate existing information about the person, information based on the team's clinical expertise, and scientific evidence to define rehabilitation goals, identify intervention targets, and decide on the appropriate interventions corresponding to these targets and to attain the goals set.

In planning rehabilitation goals, targets and interventions, the clinician must utilise and integrate a variety of information, skills and strategies. Biopsychosocial information is combined with diagnostic, narrative, collaborative and prognostic skills, along with an ability to communicate and recognise clinical cues, patterns and relationships.19

Useful for facilitating clinical reasoning, the framework of the International Classification of Functioning, Disability and Health (ICF) and the Rehab-Cycle® can be employed to identify associations of available information as well as promote a flexible, interprofessional and person-focused approach.1720

Another closely related approach to clinical decision-making that can help rehabilitation providers to determine appropriate intervention targets and interventions for a particular person is known as evidence-based practice. This approach has been defined as "the conscientious, explicit, and judicious use of current best evidence in making decisions about the care of individual patients....[it integrates] individual clinical expertise with the best available external clinical evidence from systematic research".21 This also includes considering the individual patient's situation and choice. Thus, the results of up-to-date quality research can help inform decisions made by clinicians, sometimes providing the optimal path to achieving a patient's goals.

However, this evidence-based approach is not always straightforward. For example, Cochrane,22 an international, independent and not-for-profit organisation that conducts systematic reviews about the effectiveness of healthcare including interventions, reviewed five randomised controlled trials involving 309 persons with traumatic incomplete SCI that examined different locomotor trainings aimed at improving their walking ability. The results of this meta-analysis were inconclusive, illustrating the difficulty of determining which interventions are the best for this specific issue.15 Thus for the clinician who is assisting a person with incomplete SCI to recover a degree of walking ability, deciding on which intervention to implement will depend on his/her clinical expertise as well as the individual patient's context and choice.

Although not an exact science, we see that there are various strategies and approaches that can facilitate the rehabilitation management of persons with SCI. In addition to the previously described approaches the Rehab-Cycle® is an approach that can structure the processes that drive multidisciplinary rehabilitation management. Corresponding ICF-based documentation tools can also be used to organise and guide the phases of the Rehab-Cycle®.

This case study of Simon, a 22 year old man with traumatic incomplete SCI, offers an example of how the Rehab-Cycle® and the corresponding ICF-based documentation tools can used in rehabilitation efforts to recover walking ability. It illustrates the importance of identifying intervention targets and appropriate interventions based on concrete goals for successful rehabilitation. It also highlights the utility of clinical reasoning and an evidence-based approach.