At 16 weeks following the accident (i.e. one month after the interventions started), an evaluation of Michael’s progress was performed. The results are illustrated in the ICF Evaluation Display, an overview of the results of the first and of the final assessment of the intervention targets identified in the assessment phase of the Rehab-Cycle®. It also shows whether the goals as defined by a goal value or ICF qualifier were achieved. See table 4.

In Michael's case, most of the interventions met their targets within the expected timeframe. In terms of body functions and structure, Michael’s muscle stiffness had decreased, and the structure of areas of his skin continued to pose no problem. He also made rapid progress in his activities; he was better able to maintain a sitting position and transfer himself, wash, dress and regulate his urination and defecation.

Michael was also able to begin exploring options for sports open to him, and started making some progress playing basketball. Psychologically, his acceptance and knowledge of his disease improved. About Michael's overall attitude and progress, his psychologist noted:

Michael is a very special young man who has quite a sophisticated attitude toward his actual life situation. This is not common in persons of his age and it enables him to handle this difficult situation in a realistic and determined way. He knows what he wants and is always testing his physical limits to improve his functioning. At the moment he is retreating a little from his social environment. This is typical behaviour just before discharge when a patient realizes all the challenges he will soon confront in the home environment. But Michael has a very good prognosis for becoming an independent, integrated and self-determined individual with a positive life satisfaction. 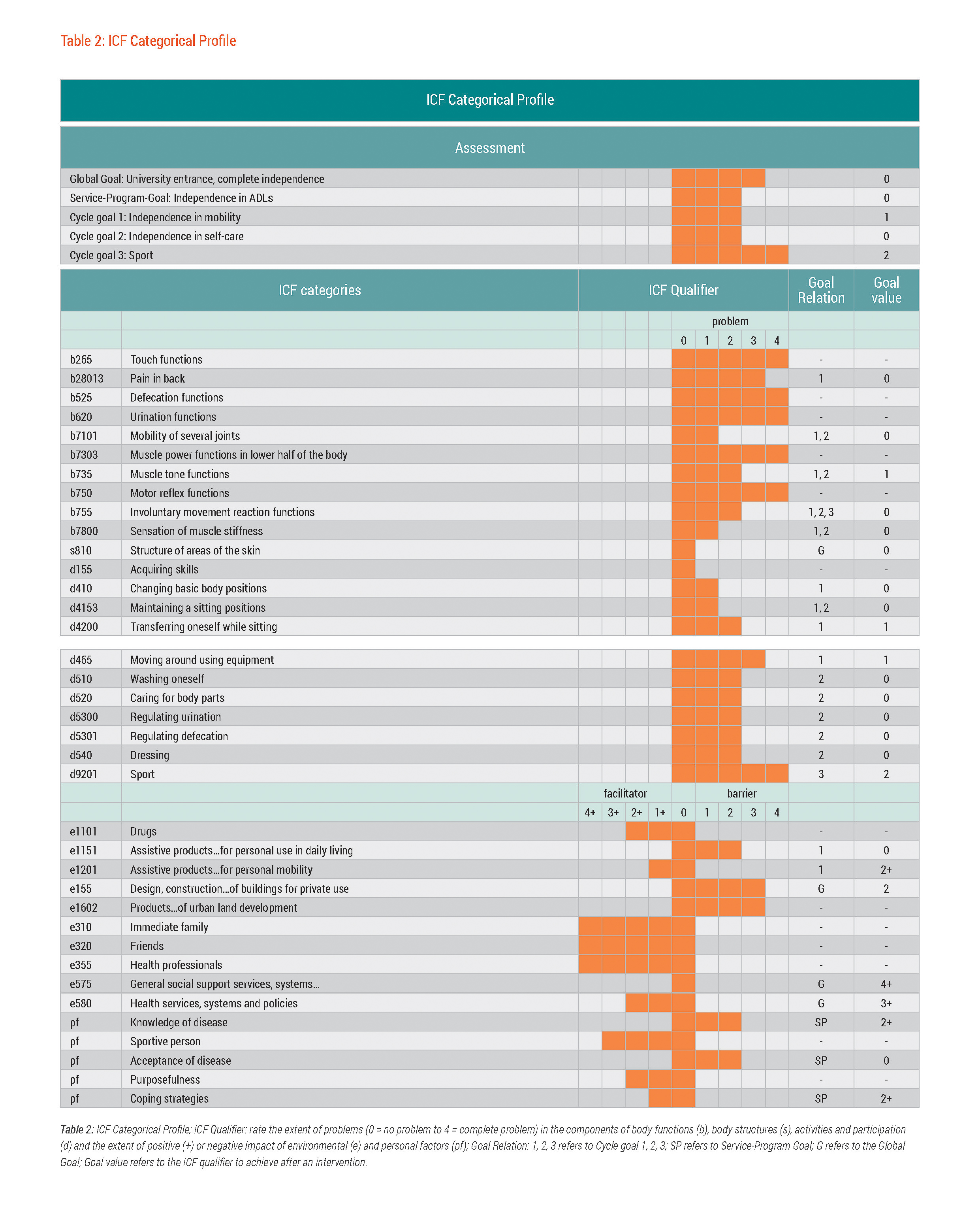 Table 4: ICF Evaluation Display; ICF Qualifier: rate the extent of problems (0 = no problem to 4 = complete problem) in the components of body functions (b), body structures (s), activities and participation (d) and the extent of positive (+) or negative impact of environmental (e) and personal factors (pf); Goal Relation: 1, 2, 3 refers to Cycle goal 1, 2, 3; SP refers to Service-Program goal; G refers to Global goal; Goal value refers to the ICF qualifier to achieve after an intervention; Goal achievement: + means achieved, - means not achieved.

However a few intervention targets were not achieved (despite some progress in these targets). These included back pain, joint mobility, moving around in the wheelchair and caring for his body.

The following explanations offer some insight: